Last night Chris Pramas was kind enough to host our RPG industry gathering at Krab Jab Studio in Georgetown. Jonathan Nelson brought along the first Snow White print proof so I could take a look. After Jonathan walked into the studio, he found the current exhibit to be fairy tale themed! Of course he couldn't resist getting a shot of the new Snow White book next to artist Wylie Beckert's piece titled "Snow White". 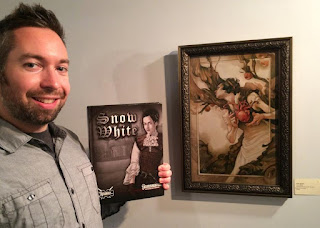 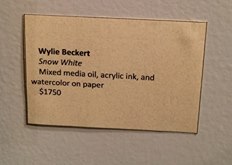 Once all the participants had arrived we showcased our gift that we brought. Here we have Owen K.C. Stephens showcasing Dr. Who silicone mold of the Tardis and Dalek. Perfect for making ice, chocolate, or using green clay to make minis. 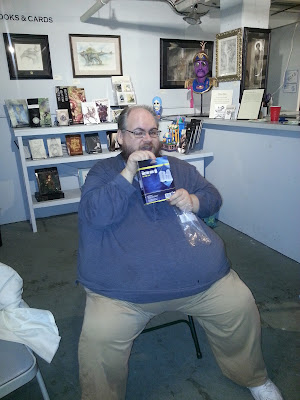 Next up we have Eric Morton. He carefully revealed one champion horse at a time... with sound effects. Five horses in total all with their own special sound effect! 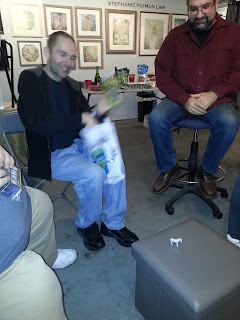 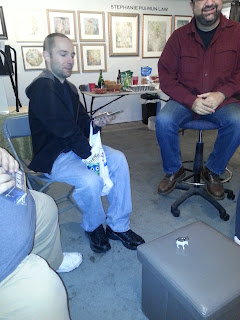 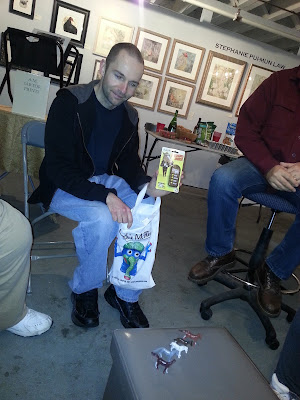 Next up was Chris Pramas, who brought... POO! Yes folks, poo. Great apparently for flinging at your family during holidays or reunions! 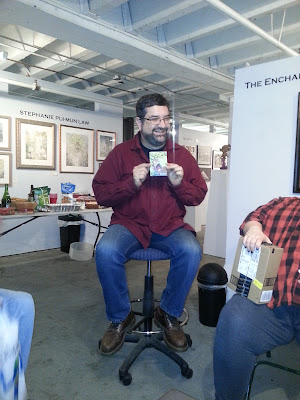 LJ Stephens brought a Sonic Screwdriver! It even lit up in different colors. Oooooo, Ahhhhhh! 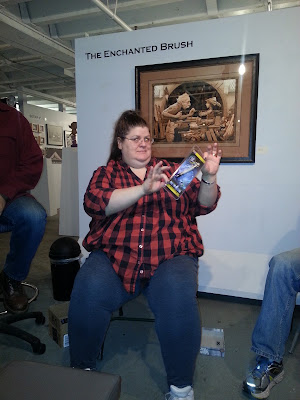 Dashiell Milliman-Jarvis brought a two part present. The first is the core rules for Lords of Gossamer & Shadow and the second is the Nexopolis adventure for it! 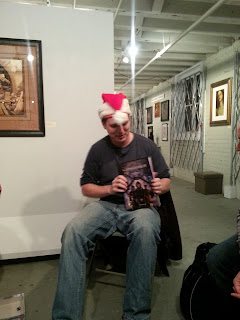 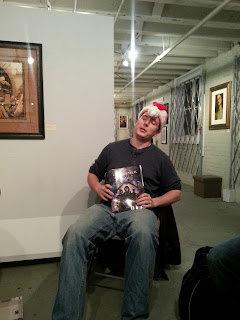 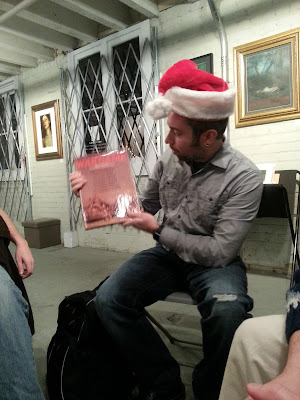 Jason Nelson brought Marrital Bliss, a game for couples. He and his Spouse somehow actually both bought this game at Gen Con, unbeknownst to the other. I guess they were made for each other! 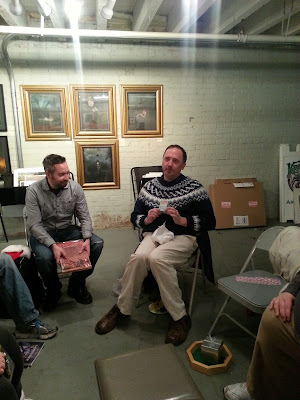 Rachel Ventura (Me) brought a Dalek "ornament". Here Owen is testing it out. "Exterminate, Exterminate!" 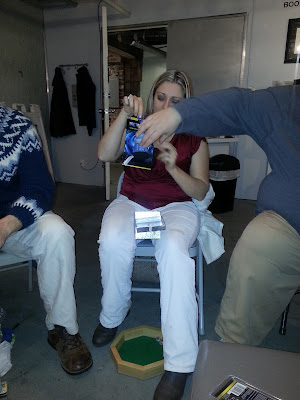 I am explaining it comes with a wonderful silver box. And that the gift is appropriately aged for 2+ :p 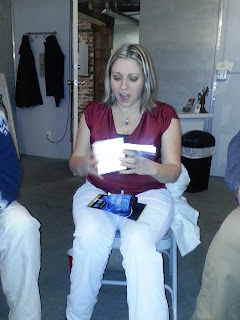 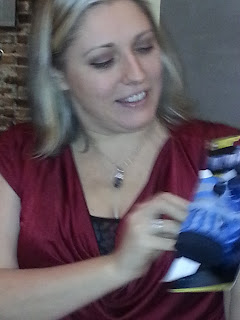 Here were the rules of the exchange. We all sat with the gift in front of us. We passed two plates of dice around the circle for an undisclosed amount of time (13 minutes and 22 seconds). If you rolled doubles you HAD TO exchange the gift in front of you. This was a great time to trade that gift you didn't want for that most awesome gift (like the one I brought - heh heh). If you had a gift you loved and rolled doubles you still HAD TO exchange the gift. Ah, so sad. We did this until the time went off (hich apparently I should have set it for 5-8 minutes).

In the end I got to take home POO!!!! HaHa, guess what my husband is getting in his stocking from Santa. Bwahahahahaha.

A huge thank you to Owen for the PIECAKEN! and to my boss for the apple-cinnamon pull-aparts. Eric I really enjoyed the strawberries with my bubbly too. Mmmmm so sweet and delicious! 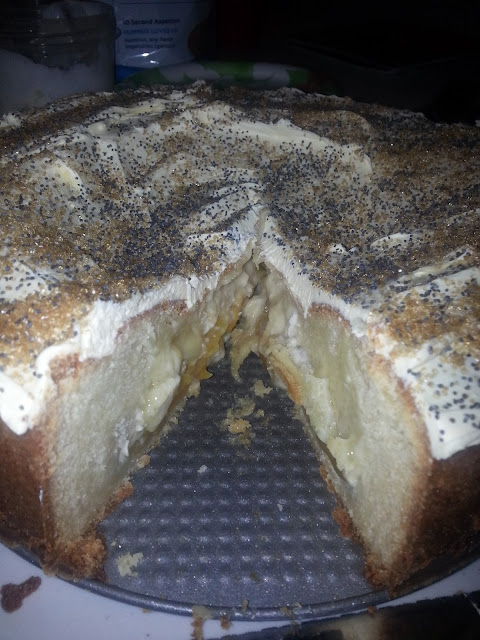 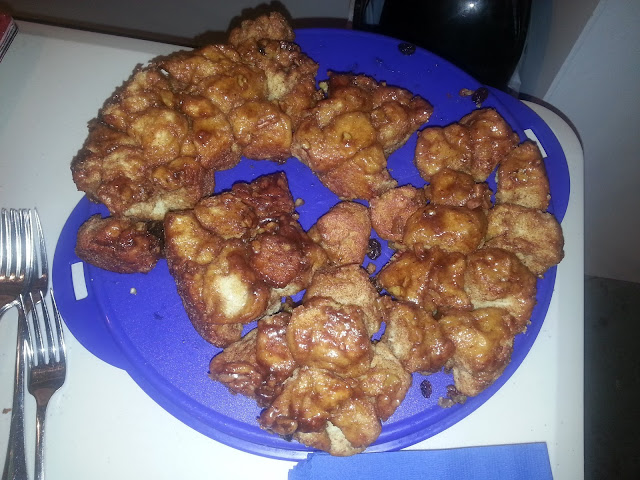 Here are some other pictures of us just chatting and having a good time :) 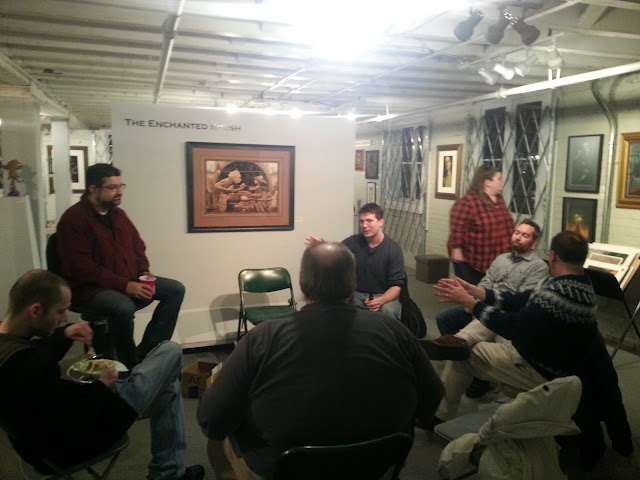 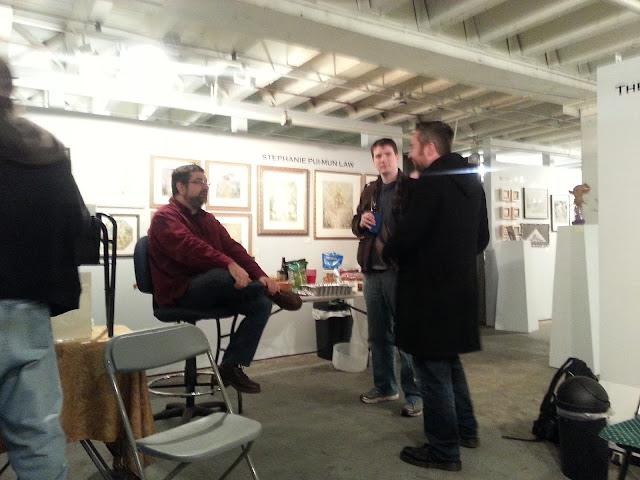 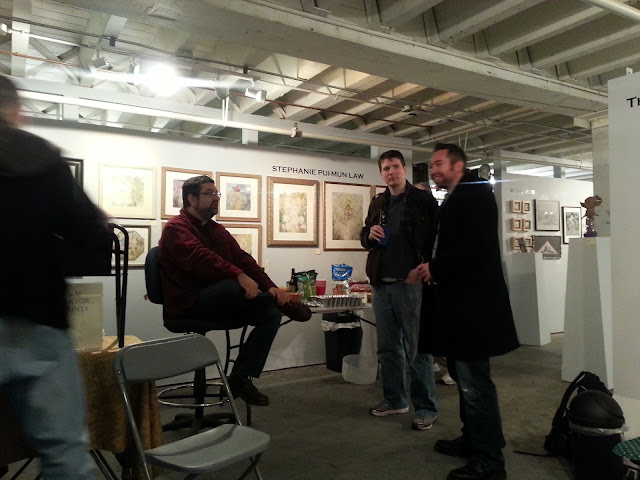 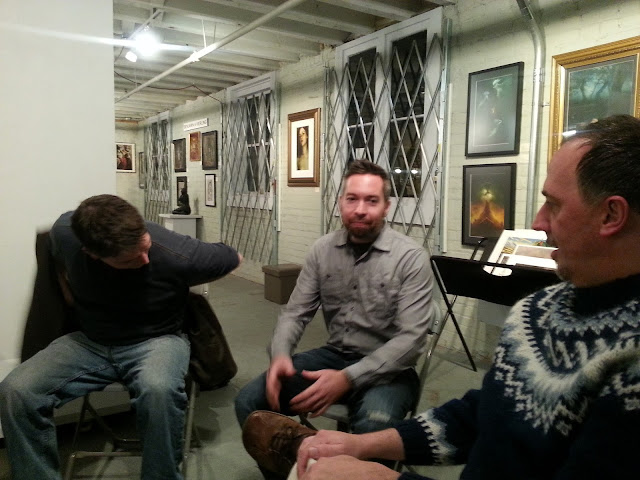 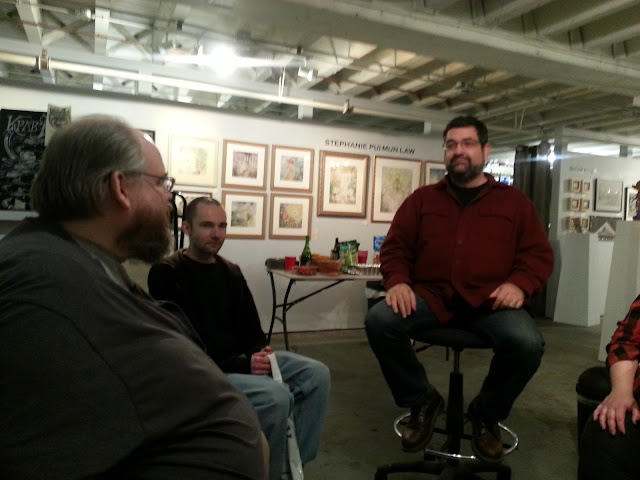 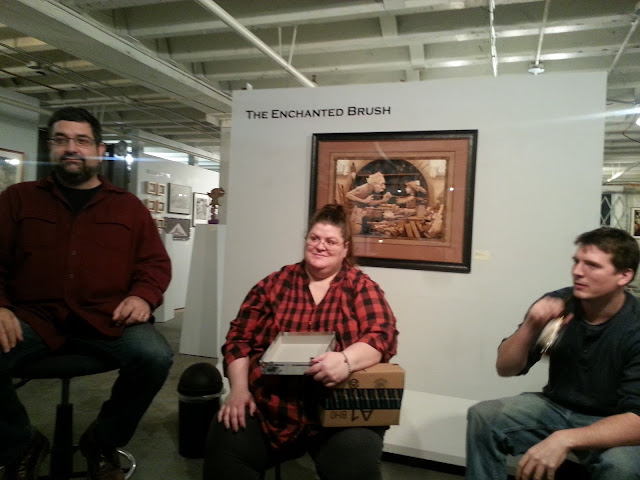