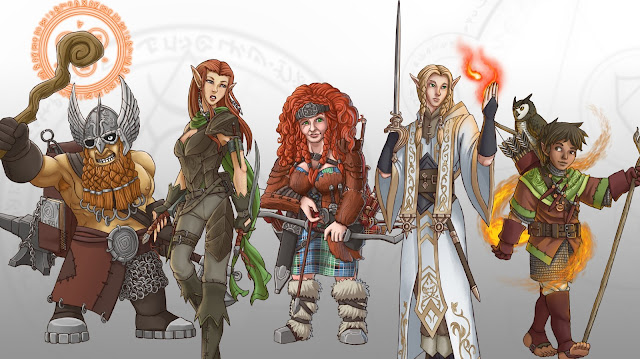 Watch us play Tyranny of Dragons, Out of the Abyss, and other great D&D 5th Edition adventures! 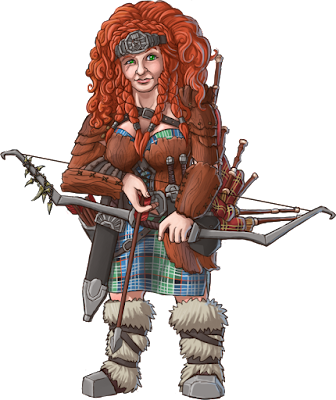 My character's background is as follows: (you should read the first paragraph in a Scottish accent)
Me name is Amber of Clan BattleHammer. I'm a shield dwarf. We are a proud and mighty clan. A quarter of a decade ago me father, Ranol, and twin brother, Adrik, left with rest of the clan to fight the Orcs who were encroaching on the North. The first blow of defeat came early in the war, that me poor father had fallen. Adrik, a mere pup of only 75 years, took up me father's great axe and struck hundreds of the orc scum down. Eye though, it was a sad day indeed when news of Adrik's death reached me ears. I vowed to avenge their death's. I marched out that very night and in a fortnight I had caught up with the rest of the family. Many of the orcs had been slaughtered but too many of our own laid dead or dying. I tried to take up the lead but non of me-kind would follow me into battle. Perhaps because I am a She or perhaps they were too wrought with grief. I died that day inside; dishonored by me clan. I retrieved me father's Greataxe from me brother and said me last goodbyes. On me way off the battle field I took a few orc heads off in pure rage and I haven't returned to the clan since. This necklace of orc teeth reminds me of me duty. That night I took to the drink. I drank in their honor. I drank to me grief. One day, I will drink no longer. That day is not today. One day, I will prove me worth to carry the axe. I will revenge me brother and father. Until that day, I remain brewin' me mead and ale and finding adventurers who will bring me one step closer to destroying the Orcs.

Amber is a drunk on most days. She sobers up for an adventure but returns to the drink afterwards. She is crippled by the loss of her twin brother and the rejection from her clan. She's made her way in the world by brewing and traveling from inn to inn. She's an outlander set forth for revenge. Her right eye sports a deep scar. When asked about it, she has plenty of stories to give, but none are true. Her brother Adrik accidentally caused it in a snowball fight when they were children. The giant snowball he slung at her had an ice shard in it unbeknownst to him and when it hit her square in the face it sliced her right eye open. She almost lost the eye but can actually see quiet well despite the scar. She jokes if the bow string blocks the scare then that's when you know your dead. The memory of the scar brings back such a bittersweet memory that only her closest friends know the true origin. When she's not drunk she is a fierce fighter full of rage. Side Note: 5E doesn't specifically have shield dwarfs so she is rolled up as a mountain dwarf.﻿