We got to the con and immediately jumped into a delve. My nephew Andy proceeded to get Merisiel turned to stone in round 1. Reg and I had much better luck in the graveyard where we were able to kill two minotaurs and a willow o wisp.  Yay! We did a little painting with Reaper before testing out the new skull and shackles card game. Ooooo pirate ships and sharks. Did I mention sharks?

After the card game we grabbed some dinner and then created characters for a pick game called Goblins and Brew by Kobold Press. I created Tiny the Goblin Slayer.  This fun game was run by Austin and he had the Goblin talk and face down! The tavern battle (the first battle) just about did us in. But luckily a new player (Joey) came to save the day (thank goodness for new players)!

Tiny and the team ended up killing eleven goblins! Yeah she's pretty dope for a halfling rogue. So I promptly added her as my society player which I will discuss more tomorrow. 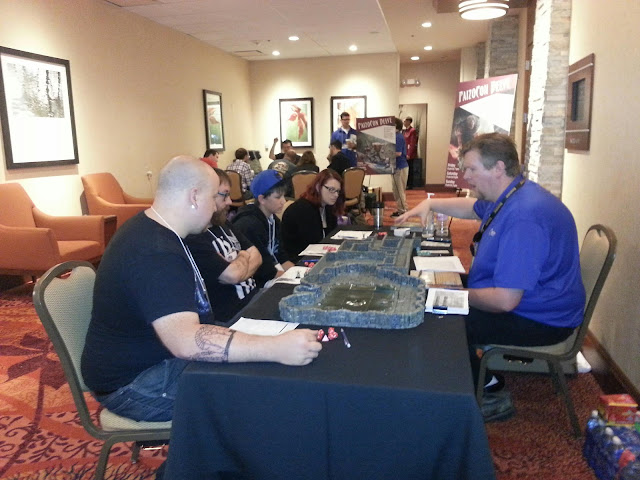 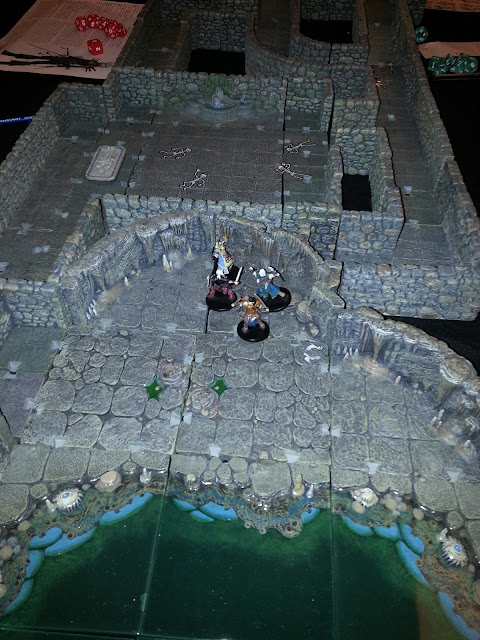 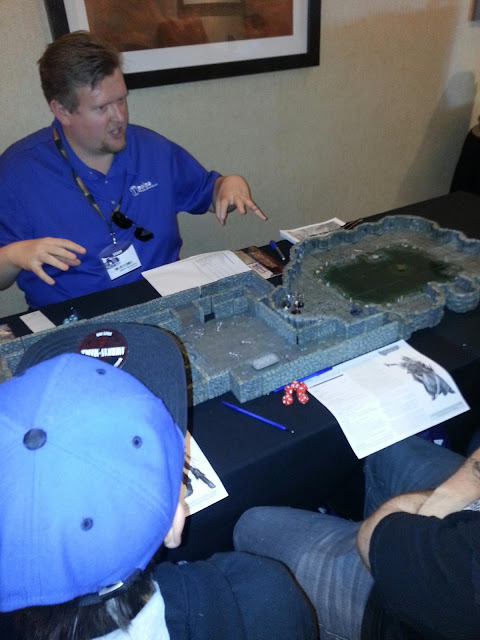 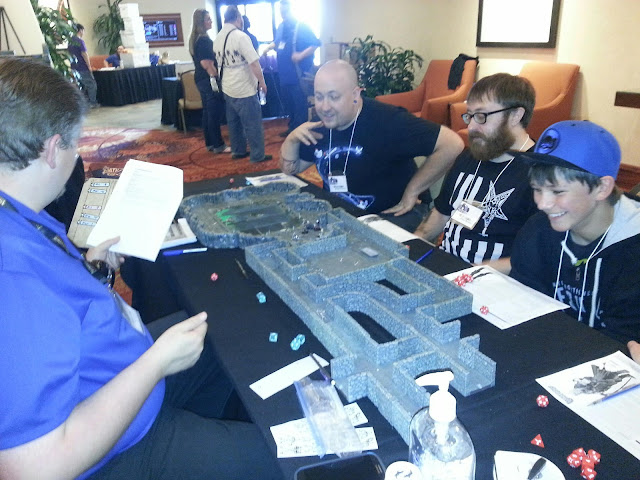 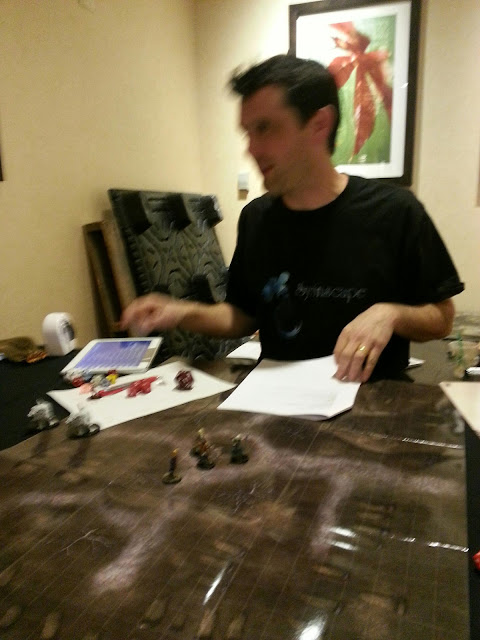 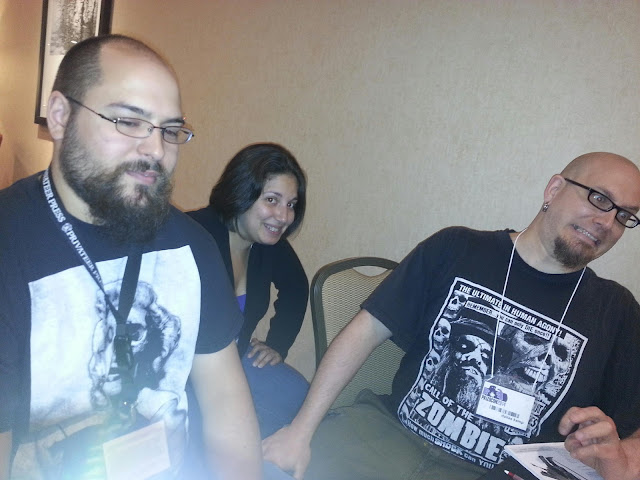 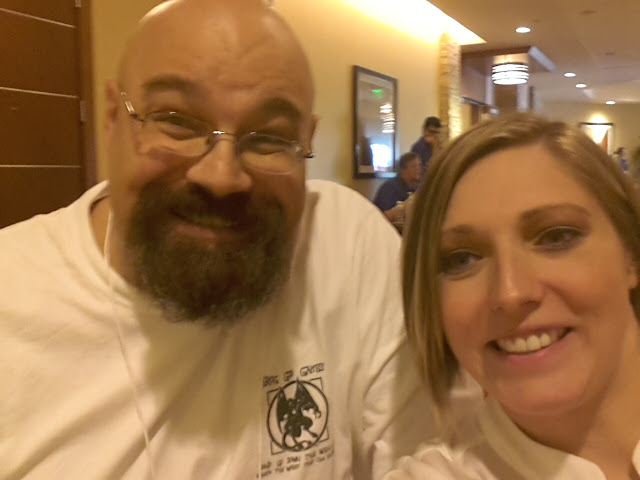 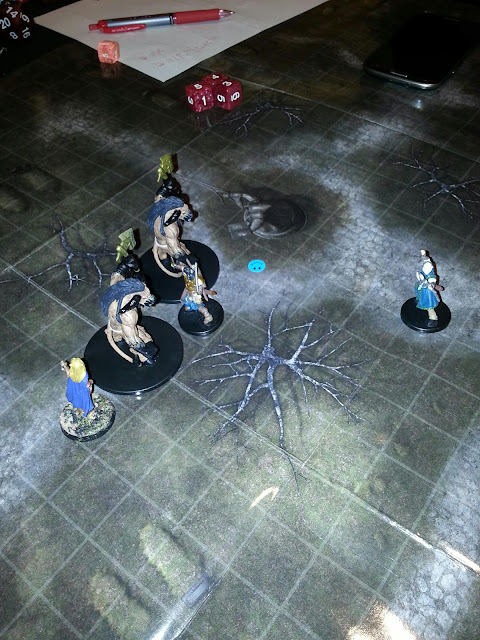 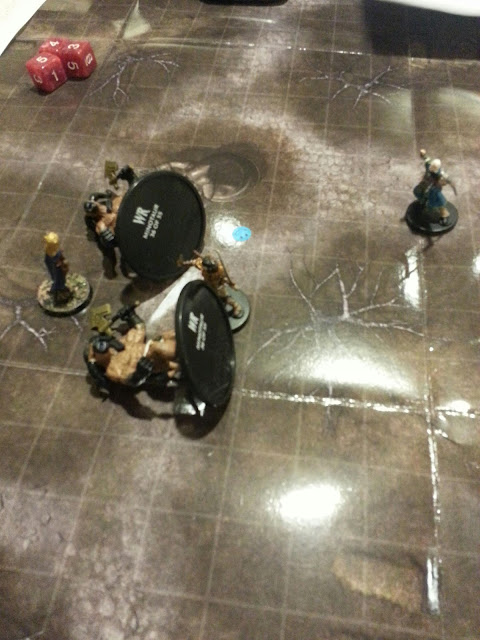 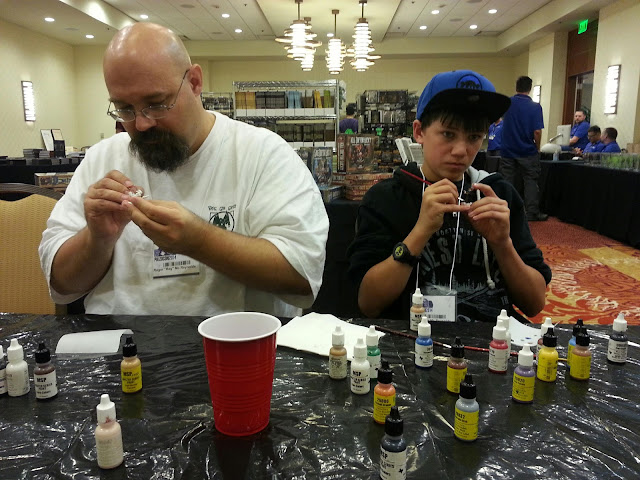 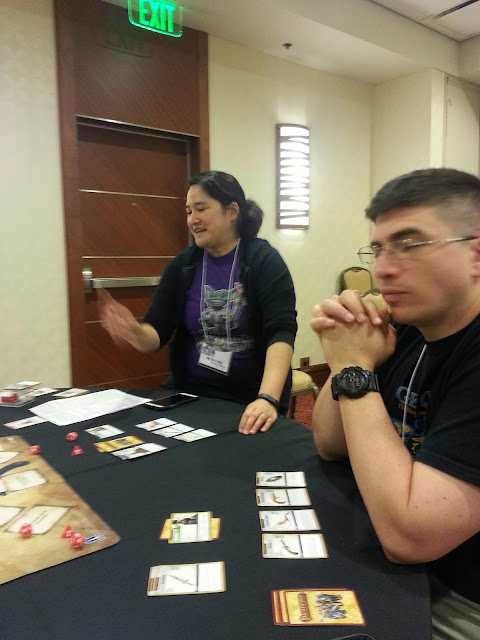 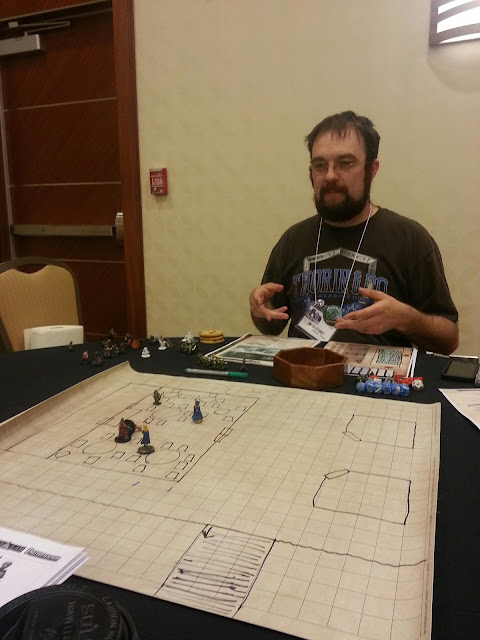 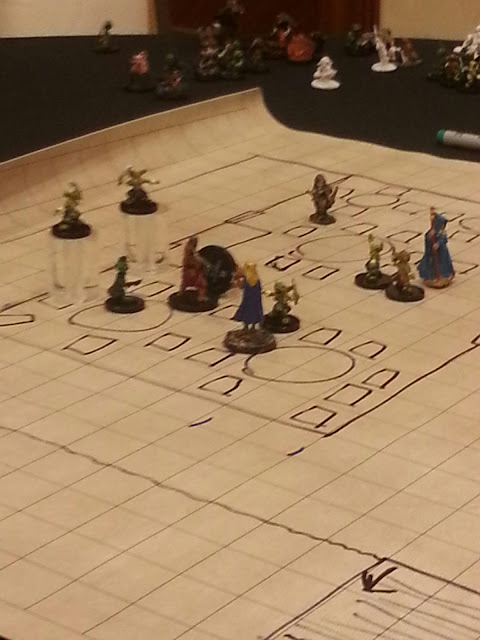 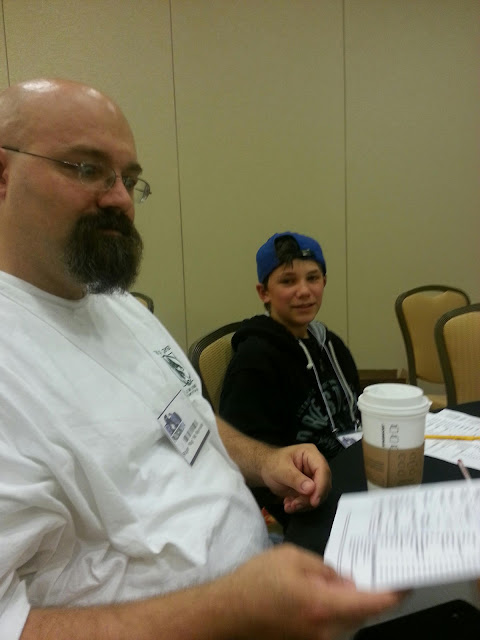 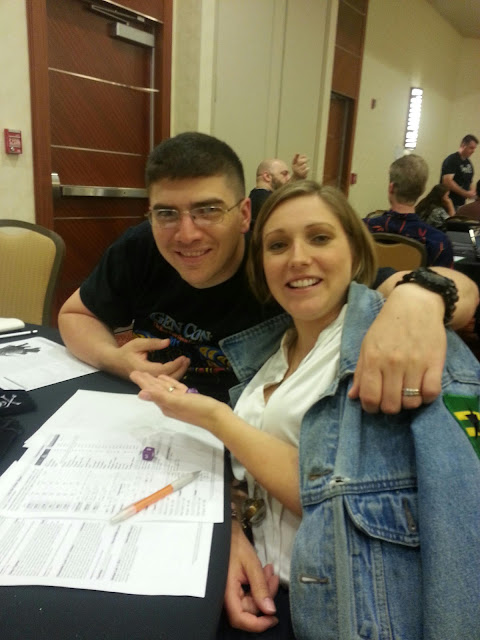 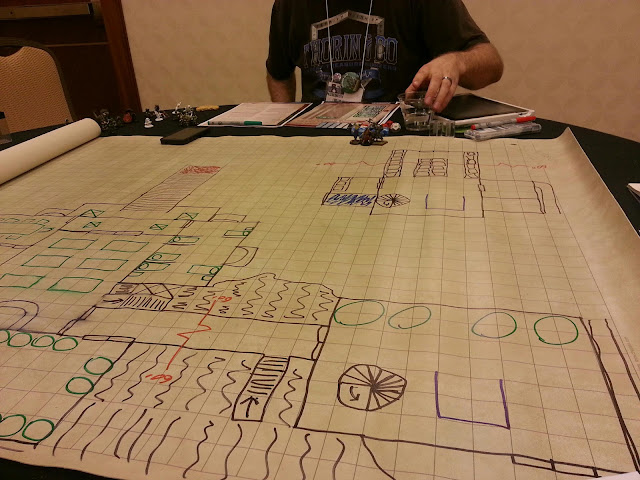 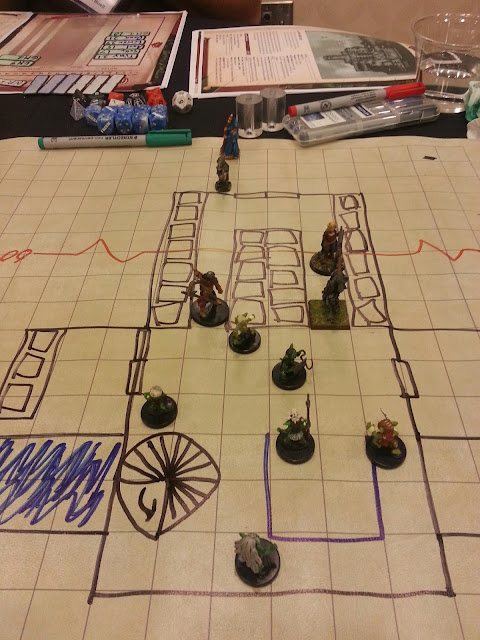