So while the government is shutdown some of us still have work to do. I have been very busy at mine! And that is the reason I need you, to help me spread the word and support our project! 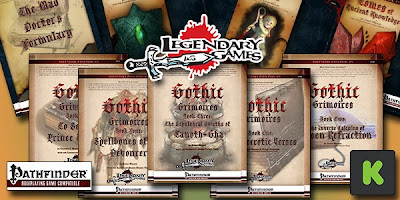 Legendary Games is running a campaign to raise funds to print our products and ultimately get them into game stores. We will begin with the Gothic Adventure Path Series which has received raved reviews.

We are running our Kickstarter for only 2 weeks, ending on October 20th 2013 and asking for 13,000 to fund the initial print run and shipping charges. If you are a fan of Pathfinder Adventure Path this is one project you don't want to miss.

Legendary Games is committed to bringing you — the busy GM or player — the absolute best 3rd party support for your Pathfinder campaign. To deliver on that commitment, we’ve assembled the best of the best of current gaming authors, designers and layout experts such as Superstar design contest winners Neil Spicer and Matt Goodall and finalists like Clinton Boomer, Jim Groves, Jason Nelson, and Russ Taylor, industry veterans like Greg Vaughan, Tim Hitchcock, and Clark Peterson, and stellar new talent like Todd Stewart, Tom Phillips, and Jonathan Keith. 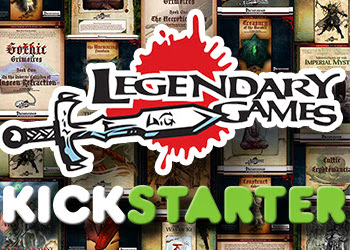